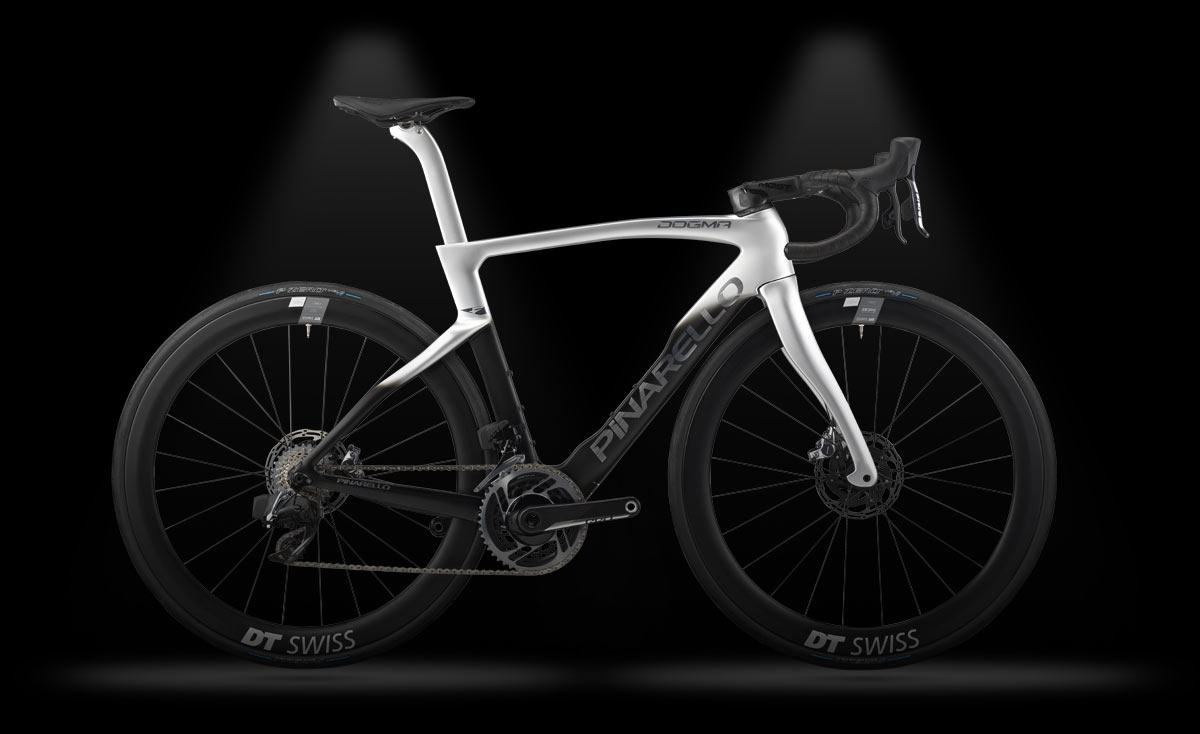 You'd be forgiven for confusing the all-new Pinarello Dogma F with an alien presence. It looks simultaneously like an evolution of its predecessor, the F12, yet also like nothing else we've seen before, from Pinarello or any other brand.

The larger leap forward, however, was in Pinarello's deployment of technology and manufacturing, and below we've detailed the ways in which the new F claims new performance territory, on Earth and for the brand itself.

Starting with a clean sheet of a design, Pinarello's engineers realized they could try some new things, but many generations of refinement have also taught them what works. They stuck with Pinarello's now-famous asymmetrical frame construction, aligning the tube shapes and the carbon layup to better utilize pedaling and braking forces respectively. 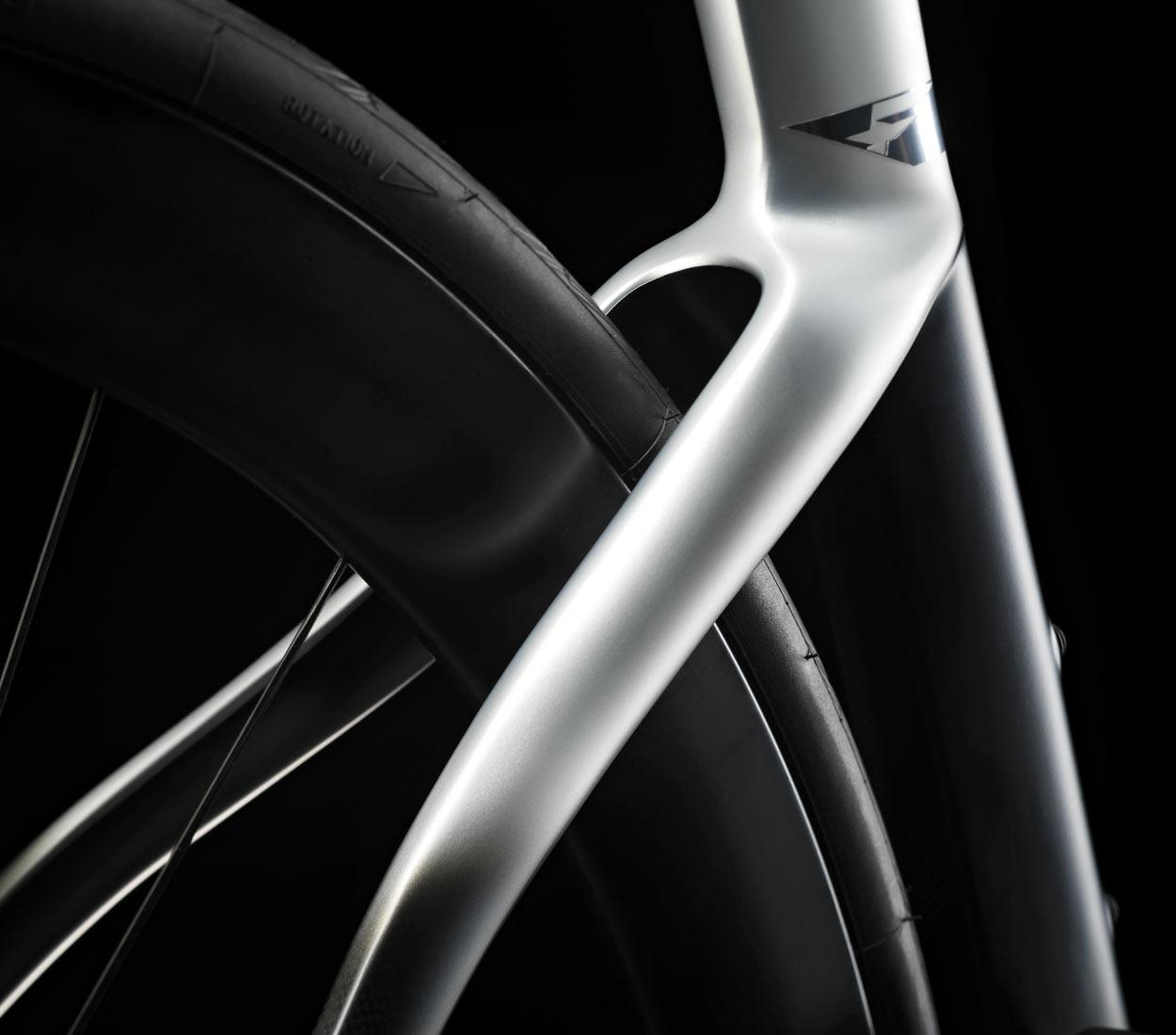 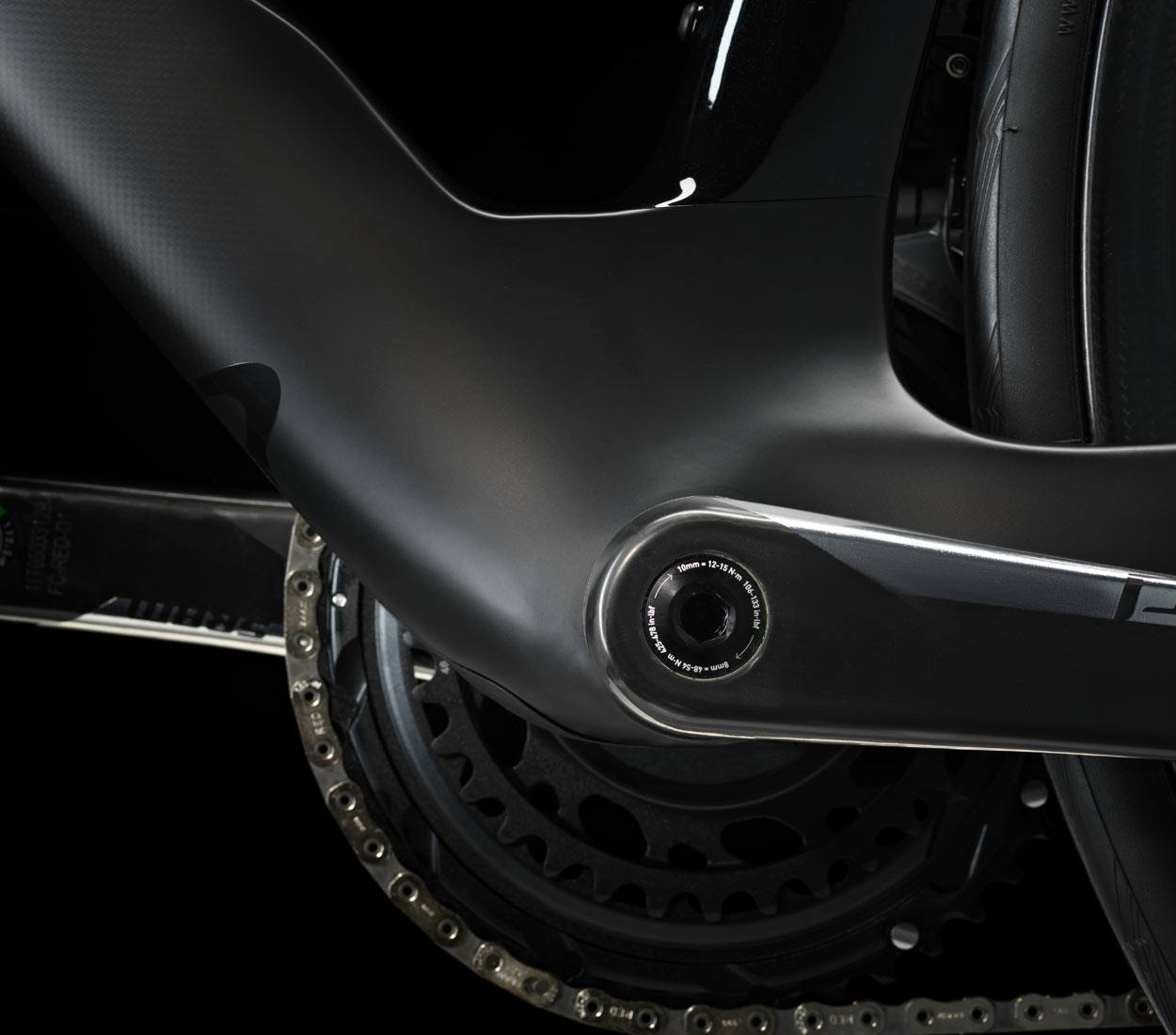 F is for StiFF

Lateral stiffness is something the Dogma series has always been able to provide, yet the new F does so even better. An increase of 12% at the bottom bracket for the F is a huge gain over the prior-generation F12. What we especially love is that Pinarello still uses a threaded bottom bracket, providing easier maintenance, greater reliability, and less noise than popular press-fit bottom bracket types.

Keeping its mission of leading the pelotons alive, the Dogma F redesign also kept an eye on aerodynamics – an increasingly important weapon in today's pro-tour competition. Revised tube shapes and geo have dropped the aerodynamic drag coefficient of the new F by 3.2% for the rim-brake version and 4.8% for the disc-brake version, including crafting a dedicated aero “shell” for both water bottle cages. 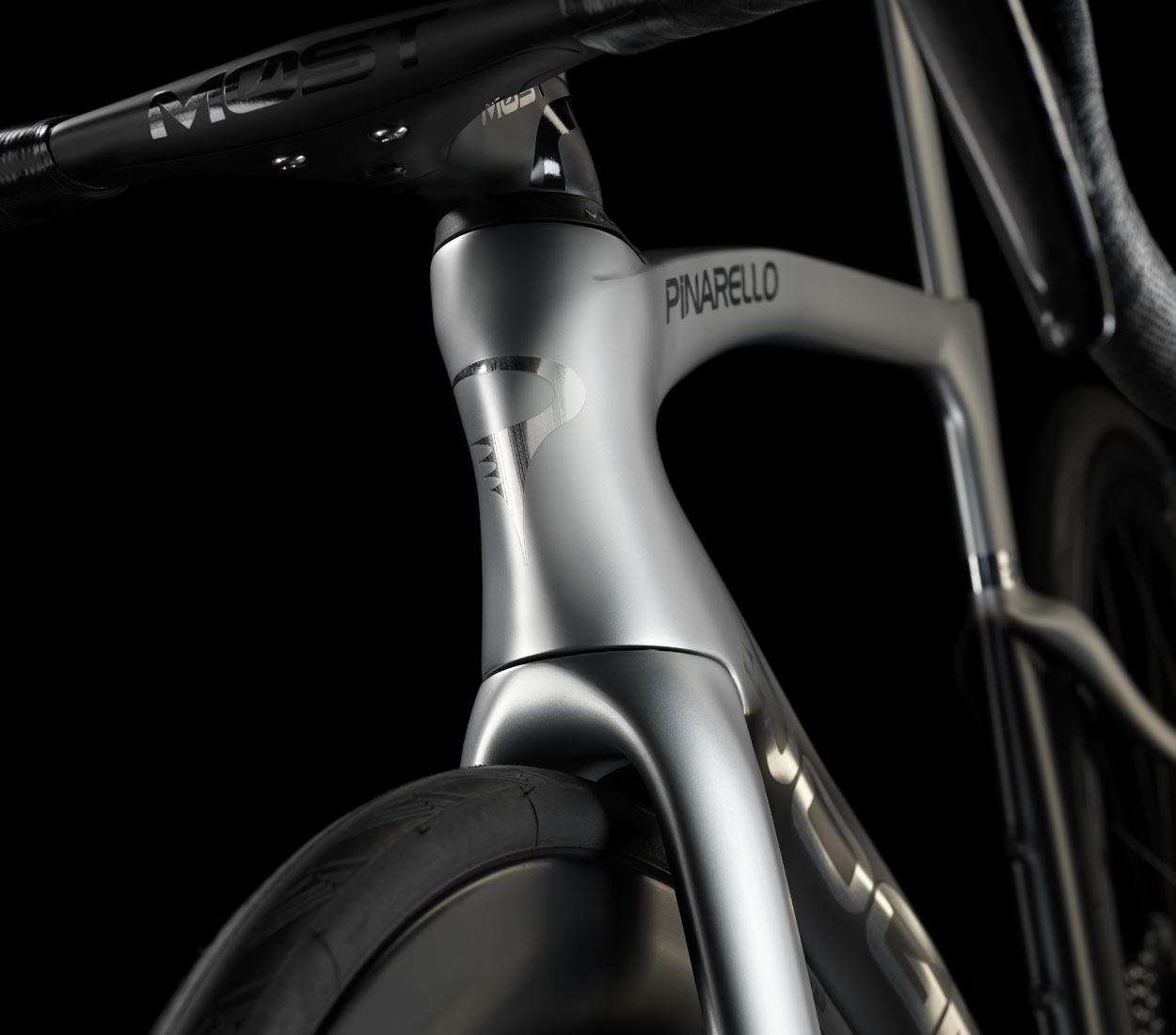 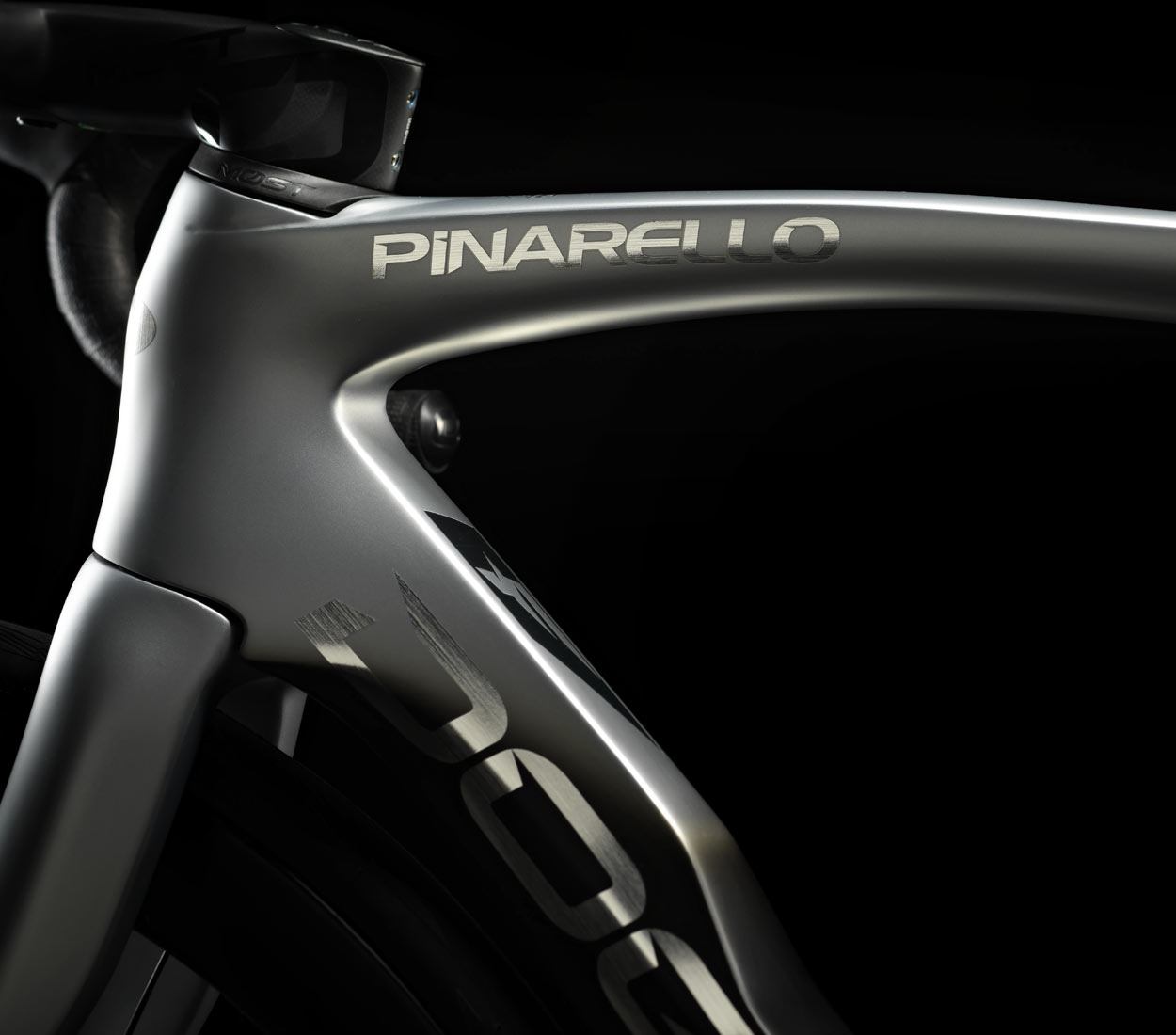 In engineering the next Dogma, Pinarello chose to continue to use the finest carbon it could source for a bicycle frame: Torayca T1100 1K with NanoAlloy Technology, from Japan. It's an evolution of what was already their greatest, also found in modern high-performance race cars and aircraft. It means the new F is 11% lighter than the F12, size-for-size, but it retains the Dogma's famous blend of suppleness and solidity.

One of the new tricks up Pinarello's sleeve is actually a trick up its fork: specially-shaped fork blades were designed to induce a forward-pushing “sail” effect in crosswinds. Rather than try to mitigate the impact of perpendicular winds, engineers managed to take advantage of these forces, so you won't fear windy days – you'll embrace them. 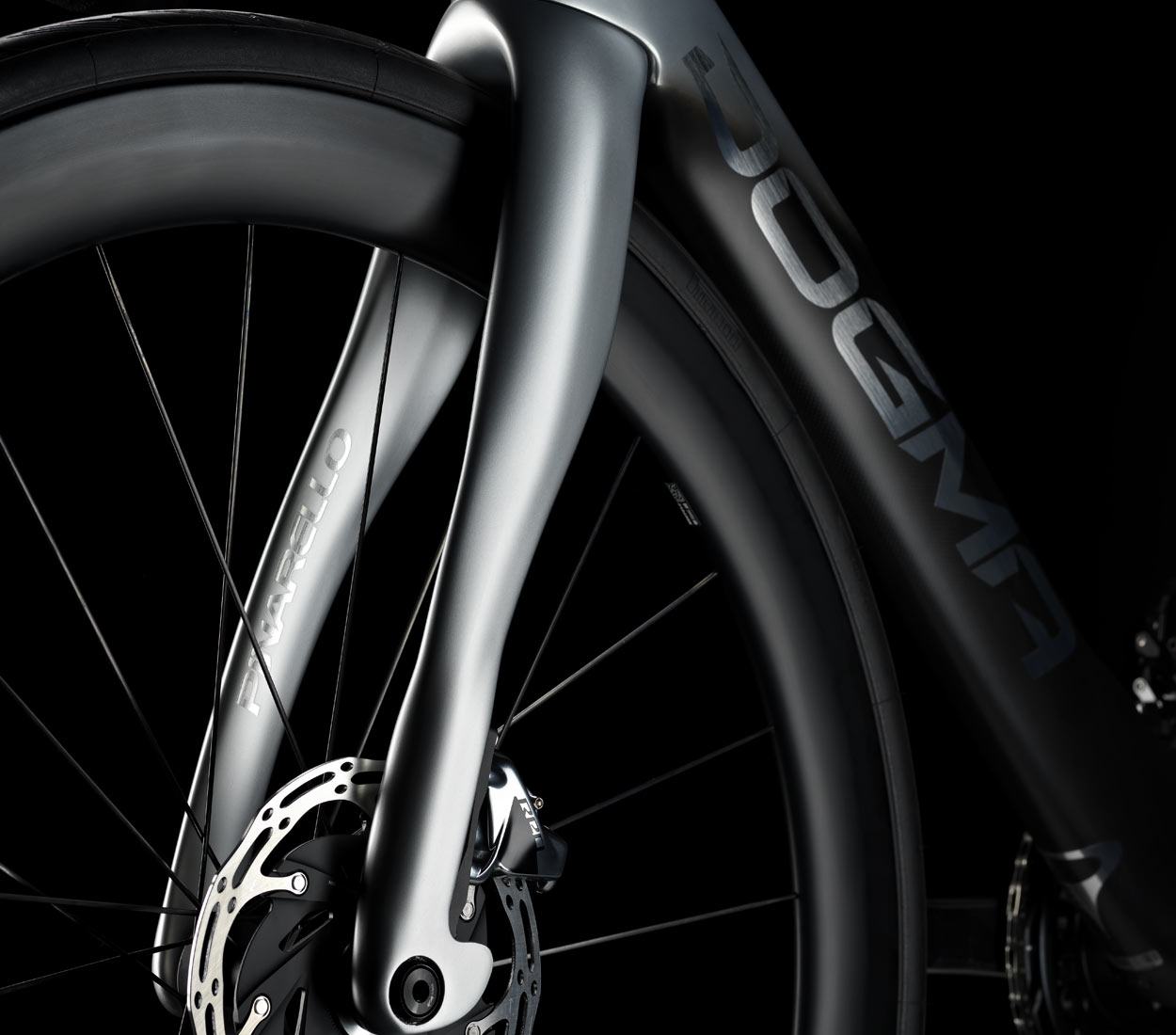 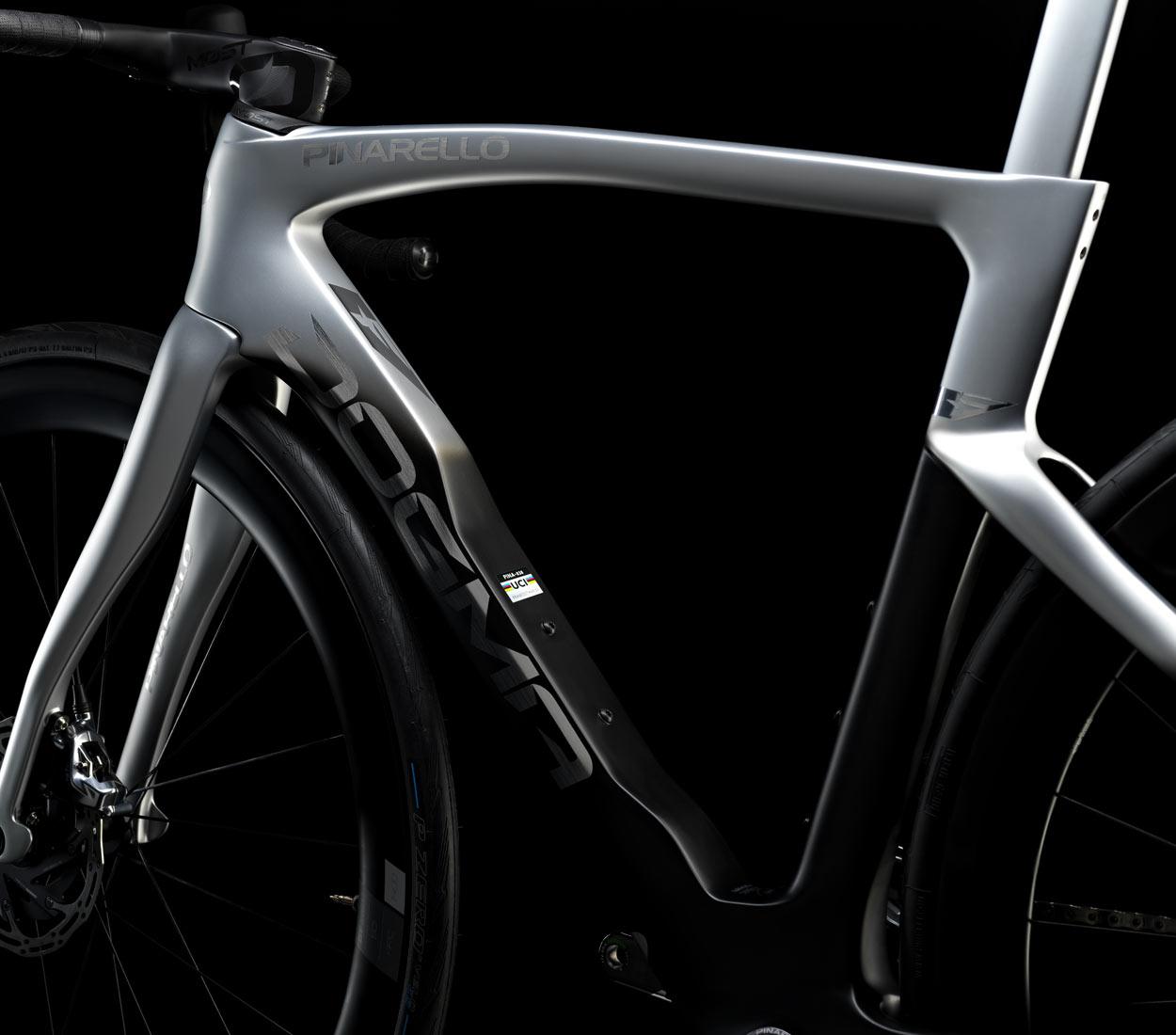 The new Dogma F can be configured from the factory in up to 352 different ways, thanks to 11 different frame sizes, 16 different MOST Talon integrated one-piece from cockpit, and 2 different seatpost setback options (both of which feature Pinarello's new 3D-printed titanium clamp) – because Pinarello understands that proper fit is as much a part of performance as speed is.